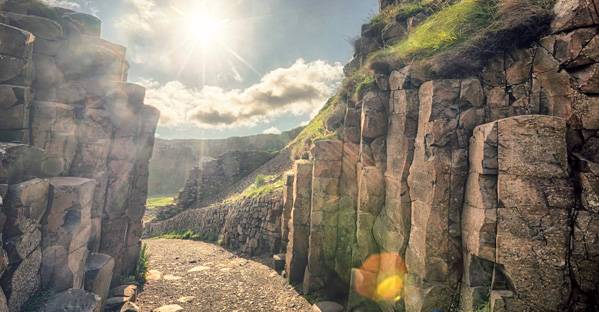 Just like many Irish people, we all grew up listening to those amazing bedtime stories from Irish Mythology about war, romance, magic and mystery. Many of these tales and stories date back thousands of years and they have been told time and time again by our parents, teachers and other children and as such they have been passed down over generations.

Irish Mythology is an important part of our Irish culture and is separated into four cycles - the Mythological Cycle, the Ulster Cycle, the Fenian Cycle and the Historical Cycle.

The 4 cycles of Irish Mythology

It's the first known cycle in Irish mythology. It tells us about Irelands first inhabitants and details of their struggles, using  a  number of stories that talk about  powerful heroes.

It is said that the Ulster cycle happened around  the first century. It’s during this cycle that we get the opportunity to look into the lives of warriors and their  mighty battles.One of  the most prominent and well known warriors was  Cú Chulainn.

The Fenian Cycle of Irish mythology has many interesting stories, among them the legend of the Salmon of Knowledge, that tells us about the magnificent warrior Fionn Mac Cumhaill.

This is the last cycle. It blends history with mythology and its main characters are Labraid Loingsech (myth) and Brian Boru (real).The Cycles of the Kings dates to after Saint Patrick came to Ireland and it’s said to have been influenced by Christian teachings.

Of course if we speak about mythology, we have to talk about the magical creatures of the stories. If you are looking to read stories about Fairies, Vampires and other crazy stories, here is a list of some of our favourites 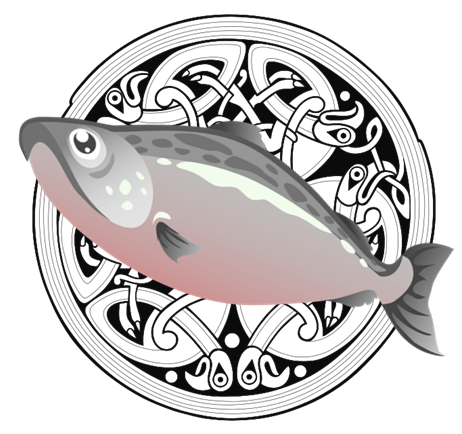 Many many centuries ago,  when Fionn Mac Cumhaill, the great leader of the Fianna of Ireland, was still a young boy he was sent to live with a very wise man named Finnegas,   a poet who lived on the banks of the river Boyne and was renowned throughout Ireland for his vast knowledge. Finnegas knew more about the ways of the world, including the secrets of the birds and animals and plants and stars, than any other man in Ireland.

Fionn loved to listen to the old man’s wonderful stories and his many words of wisdom. He had once mentioned that the person that would eat the Magical  Salmon would gain vast  knowledge.  Finnegas finally caught the Salmon. He ran up to Fionn with the Salmon in his arms.

‘You must cook it straight away!’ Finnegas ordered Fionn, dancing and skipping with excitement.

As Fionn began to set up the fire to cook the Salmon, Finnegas warned him, ‘Cook it, but whatever you do, do not eat a single bit of it!’

Fionn nodded and went about cooking the Salmon  Upon his return Finnegas found the Salmon laid out and ready to eat. He looked at Fionn and thought he saw something different about him, in his eyes , ‘Have you eaten any of the Salmon?’ he asked Fionn anxiously.

‘I have not!’ Fionn replied. ‘but when I was turning it on the fire spit,  I burned my fingers, so I put my thumb into my mouth to ease the pain.’ He instantly realised his mistake. 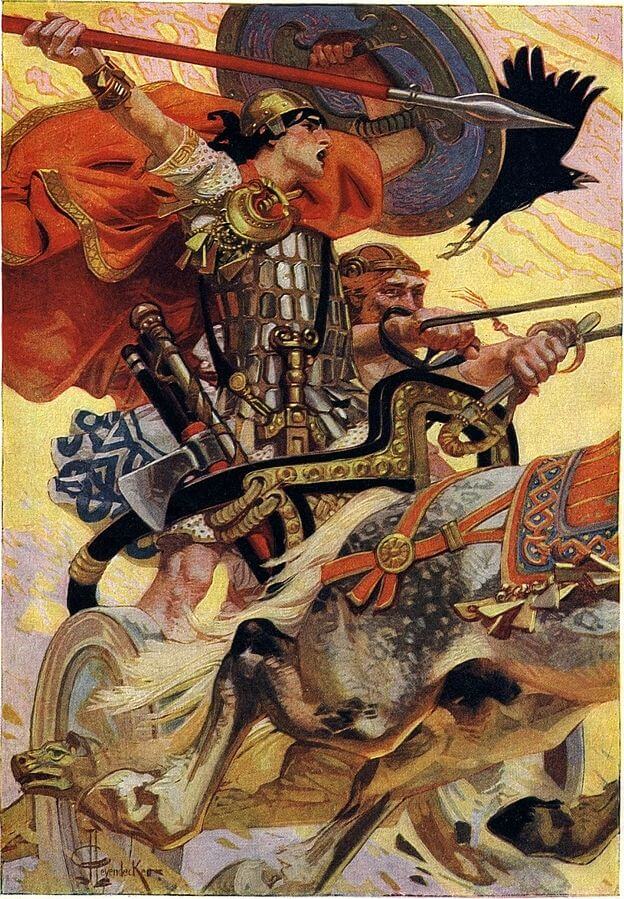 The Cattle Raid of Cooley is one of the best-known stories that talks to us about  the warrior Cu Chulainn. The story begins with Queen Medb and her husband, fighting over their wealth. She was  determined to prove to her husband that she could also have a champion Bull, and a better one than  his one .

Medb heard about the Brown Bull of Cooley, owned by Dáire of Cooley, and she offered him  fifty cows and a large piece of land in return for the lend of the bull for 1 year . However before her servant could take the bull, Dáire  overheard one of Medb’s servants saying that that they’d have stolen the bull if he had  turned them down. He was furious and shouted “if she wants my bull she better come here and take it by force for she is getting it no other way”.

The  battle began. On one side, there was Medb and hundreds of men. On the other side , there was a young boy named Cú Chulainn. He killed one hundred of Medbs soldiers single-handedly. Meave’s greatest warrior Ferdia took no part in the fight, as he and Cuchulainn had grown up together and they were close friends. Meave knew this so she lied to Ferdia. She told him that  Cuchulainn said he was afraid of him”. This made Ferdia mad and he eventually agreed to fight.  The Battle started again. 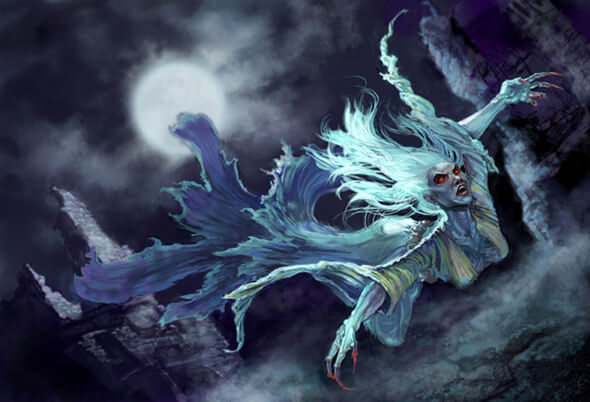 Banshee is a supernatural fairy.  Celtic  folklore tell us stories about the  wailing scream at night of the Banshee , and it is  believed  that  it is to foretell the death of a member of the family of the person who hears  the spirit.

As a child I was always nervous that I would see her or even hear her.  Many have described her as an old woman with long grey wild hair  .

But do banshees really exist?

A long long time ago  there was a King called Lir. The King lived in a castle with his wife and their four beautiful children Fionnula, Aodh, Conn and Fiachra. When  Lir’s wife died ,  they all missed her very much. The King decided to marry again as he felt his children needed a Mother . Dearg, the High King, sent Aoife, his beautiful daughter, to be Lir’s new wife.  Although  Aoife loved the children at first , she  soon became jealous of them.

Aoife  came up with a horrible, evil plan. She cast a terrible spell on them turning them all into swans for 900 years.

Tír na nÓg was the land of eternal youth. The story of Oisín and Tír na nÓg is one of the most popular tales from Irish mythology.

The story begins when Oisín was off hunting with the Fianna. All of a sudden , a beautiful princess on a white horse appeared, stating that she wanted to take Oisín with her to Tír na nÓg.

Oisín, fell in love at first sight and he immediately agreed. Together they travelled across land and sea to reach Tír na nÓg and they spent three happy years there.

After some time , Oisín felt homesick and missed his home and it was agreed that he could return to Ireland once his feet never touched Irish soil. When Oisín arrived in Ireland, he realised that 3 years in Tír na nÓg was 300 years in Ireland.

He was devasted. But things got much worse. If you want to know how his story goes on, you can read it here. 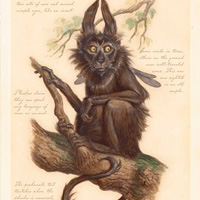 The Pooka, or in Irish Púca, (goblin) is a phantom fairy creature .  It is said that the Púca can take an animal or human form; like a horse, donkey, cat, dog, bull, young man . The animal Púca  is usually jet black with fiery golden or red eyes. Some associate it with the devil! Many believe it  can bring either good or bad fortune.

One of the stories told about the Púca tells us  how it takes on the appearance of a horse and waits outside pubs for people that have had one drink too many. When they climb up on the horse, it takes them on a wild ride home, jumping over trees and bushes, terrifying the person.

It is said that the only man to ever successfully ride a Púca was the High King of Ireland, Brian Boru. He managed to control the magic of the Púca  by using a special bridle that used three hairs of Púca´s  tail, forcing the Púca to promise that he would no longer torment Christian people or ruin their property. And the second promise was that it  would never again attack an Irishman, except those who were drunk ! However many believe that Púca has forgotten the promises made many years ago... 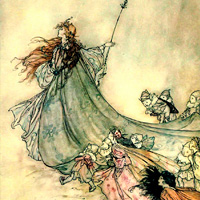 It has been said that the Emerald Isle is not only a beautiful island,  but also a place where magic still exists. We, Irish people believe that there are both good and bad fairies that you can run into at any time of the day or night.  Many people from both Ireland and abroad have travelled to different  locations in the hope of meeting  a fairy.

There are many places you can visit to feel their presence, and make a wish of course. Grianán of Aileach, Co Donegal  is an ancient, preserved ringfort (also known as a fairy fort) which was most probably formed around 2000 years ago.

Another site , is The Fairy Bridge, used to cross the water and The Wishing Chair in Bundoran, where many claim to feel the magical presence of the fairies

Why not take a seat there yourself one day and make a wish? The fairies might just grant it! 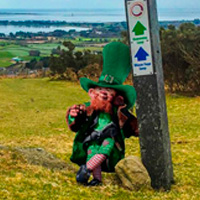 It is said that The Leprechaun has inhabited  Ireland since before the arrival of the Celts, they wear a unique hat and have bright red hair. Some say that you can find their pot of gold at the end of a rainbow

Leprechauns  are about 70-80 cm tall ,  and they can live for  hundreds of years. They are witty, highly intelligent, and will do anything to avoid being captured

The Leprechaun can only be found in Ireland, in rural areas and they are well known for their love of Irish music and traditional Irish dance

Catching one of these  wee folk is not an  easy task !  They’re quick, smart, and have magical powers to vanish but some say  they can be caught. If you’re lucky enough to catch a Leprechaun he’ll grant you 3 wishes in return for being  released but be careful, making the wrong wish could result in a lifetime of bad luck.

Ireland has a rich culture of traditions which continue to be part of our lives and is full of beautiful stories waiting to be discovered.